We Can Deliver On Projects

My dad, Walter, was a wonderful man. In the following chapters, his own words and pictures take us through his life to the time of his retirement and slightly beyond.

Looking back now, Mum could see the signs of things changing with his behaviour and personality eight years before his diagnosis. I also had a strong feeling that his mental capacity was changing and that I couldn’t always turn to him for advice and information on his specialist topics. For example, the names of plants for his latest garden project would falter on his lips every now and again. Always so precise with the Latin forms and background information, this started to become sporadic, to the point where I found myself making excuses for his poor memory to cover his embarrassment or filling in the gaps myself.

We are great card players and it became progressively noticeable over his last five years that he would often forget what trumps were and even lose the thread of the game. He had always been a brilliant card player with the ability to memorise the pack as the game progressed. Slowly this started to falter and wane. I think we all put this down to the natural onset of old age at the time, and his natural inclination to withdraw from conversation, answer the phone, join in games – situations where he obviously felt that his inability to remember the correct words might be an embarrassment. He also started to withdraw from life gently in other ways. Always an avid reader, his ability to concentrate on books diminished as did his focus with his watercolour painting projects. He would flick through the TV channels without appearing to focus for long on programmes and frequently spent more and more time alone pottering in his beloved garden. 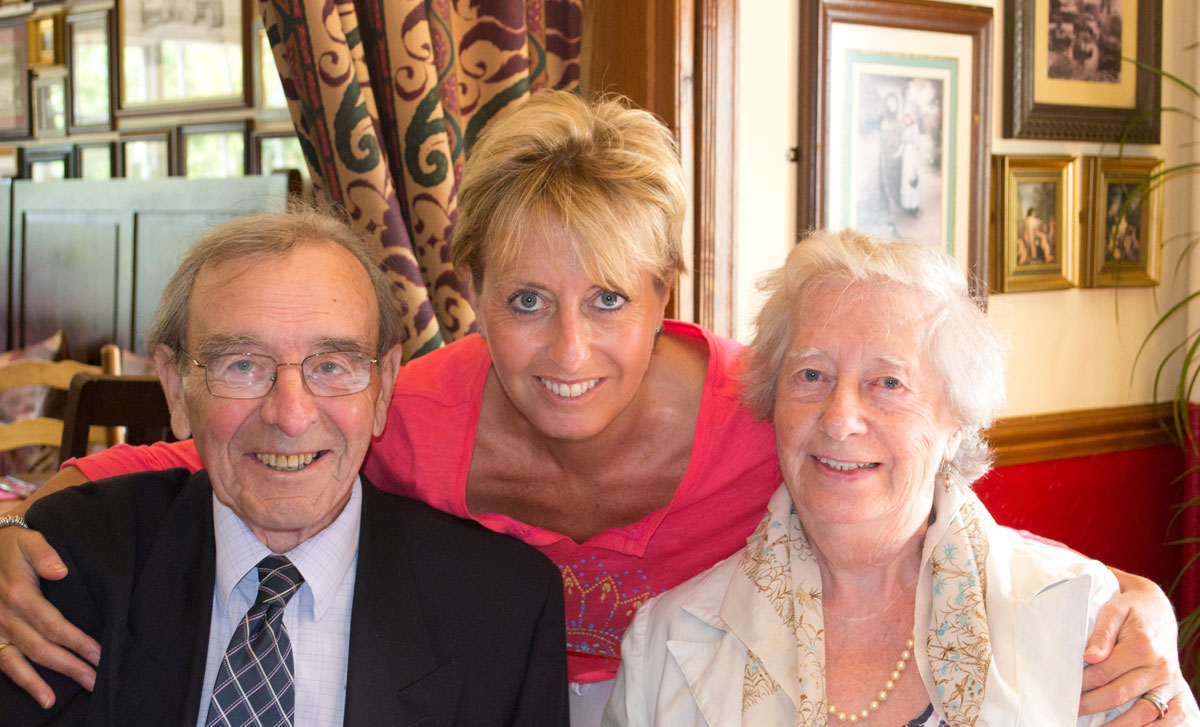 His eventual diagnosis of dementia didn’t come as much of a shock to us at all. It was so difficult watching this kind, sensitive, intelligent man start to disappear in front of our eyes, a shadow of the man he had been. He was the kindest, most gentle man I have ever met, devoted to his family, work and church life. The progression of dementia is a cruel and unforgiving disease, not only for the sufferer, but also for those accompanying them on the journey, losing the person they love day by day. Mum has often said that she had already done so much grieving for Dad by the time he died, at 6.50 am on 8 August 2016. She had already long ago lost her best friend, husband and life partner of 63 years. Bittersweet closure on the wonderful life they had shared together. We were there together at his bedside, and I think for both of us there was little closure as his demise had been so fragmented over several years. I miss my Dad dreadfully. His kindness, wisdom and love were his constants. Helping to put his legacy together has helped me to remember more of who he really was, and not just the dementia that took him away from us.